The milestone paves the way for Africell to launch operations in Angola by the end of 2021, expanding its existing network beyond Uganda, Sierra Leone, The Gambia and the Democratic Republic of Congo.

Africell will offer a range of affordable services to customers across the country, focusing on a high-quality, high-speed, data-centric mobile network and sophisticated smartphone handsets, all at affordable prices.

Ziad Dalloul, CEO and Chairman of Africell Group, said: “Angola is amongst the most attractive investment destinations in sub-Saharan Africa and an African leader, so we see this as the logical next step for Africell as we continue to grow our network and deepen our footprint across the continent.

“We are honoured that the government of Angola has put its faith in our business and everyone at Africell is committed to working with the Angolan government to transform the Angolan telecoms market through increased affordability and accessibility.

“A more competitive and transparent market will not only stimulate the telecoms sector as a result of greater innovation and efficiency, but it will also develop complementary sectors such as entertainment, financial services, other technology solutions – improving services, increasing access and creating jobs and opportunities for the Angolan people.”

Africell plans to invest several hundred million dollars in infrastructure and services over the first phase of its rollout, a significant portion of which will be subcontracted to local firms. Africell’s operations in Angola are expected to create thousands of jobs within 5 years. It will also generate significant indirect employment and boost Angola’s knowledge base through the supply chain and support services needed to operate a sophisticated communications and technology business at such scale.

President of the Board of Directors at INACOM, Eng. Pascoal Borges Alé Fernandes, said: “We are pleased that Africell has chosen Angola for its expansion and we hope to work towards the development of the market, thus creating conditions for service users to benefit from better quality services.”

Africell already provides fast, low-cost and reliable mobile network coverage and related technology services to millions of individuals, communities and businesses in Africa. In 2019, the firm, which has US ownership and UK-based senior management, received a significant investment from the US International Development Finance Corporation (USIDFC, previously OPIC), one of the world’s highest quality institutions, to help drive its growth in markets such as Angola. 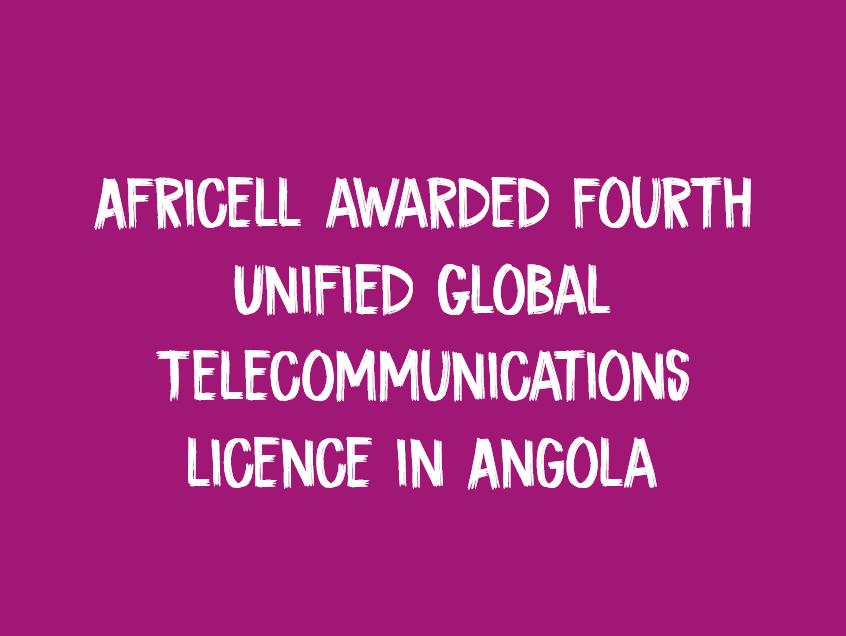