A digital simulation of the the upgraded museum﻿, with antique stones forming a dynamic historical exhibit in the re-landscaped grounds

Gambia’s national museum will be relaunched in a big step forward for the preservation of the West African nation’s cultural heritage.

The National Center for Arts and Culture, first built in 1908, will be turned into a world-class space for the celebration of Gambia’s history and arts. The work to reinvent the century-old structure will be managed and funded by Africell, the country’s biggest mobile network operator.

Africell’s partnership with the museum was announced at a ceremony in Gambia’s capital Banjul on 30 September 2021. Addressing guests from Gambia’s government and arts and culture sector, Africell CEO Hussein Diab Ghanem explained the significance of the project. “Cultural knowledge is a vital link between past and future. The prospects of any society depend on history being remembered and heritage being respected,” said Mr Ghanem. “Africell's work to upgrade the Gambia’s National Center for Arts and Culture will create an outstanding platform for the next generation of Gambian scholars and artists, and we expect it to translate into long-term benefit for the country’s wider social development”.

The project will consist of a total internal overhaul and exterior refurbishment of the historic building, which is set in an attractive part of Banjul, a city located at the confluence of the River Gambia and the Atlantic Ocean. The project will also involve landscaping work to improve accessibility and enhance the site’s aesthetic. Although it was erected in the early 20th century, the building only became a museum in 1985 and since then, limited funding has led to its increasing dilapidation.

The National Center for Arts and Culture’s Director General, Hausoum Ceesay, thanked Africell for its involvement in the project: “Africell’s investment is a timely intervention to restore a national asset to its deserved status in public life. The museum is simply the most important repository of art, artefacts and archival resources representing Gambia’s rich culture and heritage. By rebuilding and relaunching the museum, we hope not only to transform the space, but also to transform Gambia’s cultural landscape, bringing the spiritual and intellectual wealth of our cultural inheritance into reach of many more people”.

As well as the core infrastructure project, Africell will lend ongoing digital and technical support to the museum, including an innovative initiative to digitise its archives, which form a precious but - at present - largely inaccessible record of Gambia’s early, colonial and contemporary history. Construction work will begin immediately and the upgraded museum is due to open to visitors by the end of 2022. 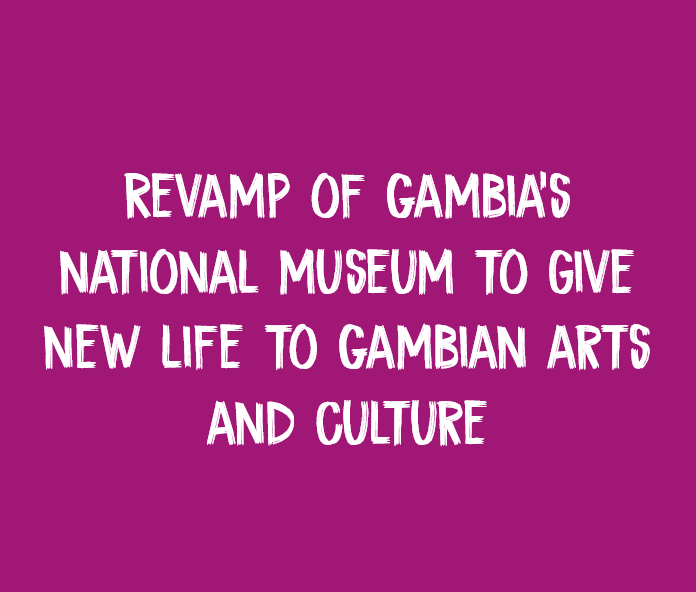