Africell has taken another major step towards launching services in Angola by opening a data center in Luanda. The facility results from a substantial financial investment and will be the cornerstone of Africell's network in Angola, providing a platform for a digital ecosystem for mobile users, entrepreneurs and innovators.

"The opening of the data center is a significant milestone," says Christopher Lundh, CEO of Africell Angola. "We want to lead a digital transformation. Africell is investing in technology that will provide Angola with faster, more affordable and more reliable digital connectivity than it has had before. Africell's new data center has unique technological features having been designed in collaboration with world-renowned technology partners and built to the highest standards of efficiency, performance and resilience. We are proud to present it today because it brings to life our digital vision for Angola and sets the tone for the future of our network.

Africell's data center is fully cloud-based and uses state-of-the-art technology to achieve exceptional levels of resilience, reliability and interoperability. International technology brands supplying infrastructure include HP, Nokia, Dell and Oracle. Local partners such as CPC Africa, Jembas and Prosecurity have also been involved in the design, construction and implementation of the project. The facility is strategically located at Africell Angola's headquarters in the Kings Tower building in central Luanda.

In addition to supporting Africell Angola's mobile network, the data center will benefit Angolan entrepreneurs and innovators by providing an open environment in which they can host, integrate and run their applications at a low cost, thereby removing one of the main obstacles to successful enterprise: limited access to key digital resources. Africell's cloud networking capabilities will also provide fast global connectivity with which Angolan businesses can compete more effectively in global markets.

Christopher Lundh continues, "A project on this scale requires a lot of skill and hard work. We want to thank the General Tax Administration (AGT) for their support in clearing the equipment quickly and safely, as well as the National Social Security Institute (INSS) for collaborating on the physical installation of the data center so that its most critical access and power needs could be met.

As with Africell's other activities in Angola, the data center will create jobs for highly skilled IT, engineering and telecommunications technicians. Roles will include IT services, infrastructure monitoring and maintenance, and ongoing security and energy performance analysis. The data center is a clear example of Africell's commitment to boosting employment in Angola and transferring cutting-edge skills and knowledge to local employees.

The construction of the data center fits Africell's strategy to lead a digital transformation in Angola. Africell is completing the first phase of the rollout of a high-speed 5G-enabled mobile network. The launch of the network will accelerate employment, education, entertainment and entrepreneurship in Angola. Africell has entered into a number of exciting technology partnerships with international and local companies (including Nokia, Oracle, Aviat, Angola Cables, MST Telecom, Angola Telecom, TPA, and Infrasat) and others are in the final stages. Africell Angola has over a hundred skilled employees and its team is growing daily, with appropriate gender representation being a long-term priority.

"I am very pleased with the progress of our operation here in Angola," said Ziad Dalloul, Chairman and CEO of Africell Group. "The strong foundations we are laying today, in terms of recruitment, investment and planning, will benefit our customers when we officially launch mobile network services in Angola. Africell is excited about the opportunity to bring unprecedented innovation to the Angolan telecommunications sector and we look forward to offering Angolan mobile users a better and more affordable service than they have had before." 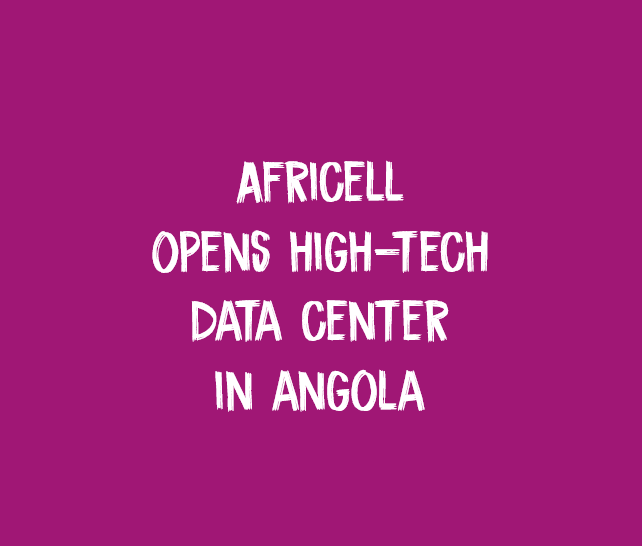