The entrance to the MNRDC, which was opened in Kinshasa in 2019 and is among the most important cultural institutions in sub-Saharan Africa.

Africell Group has announced a major long-term partnership with the National Museum of the Democratic Republic of the Congo (MNRDC). The partnership has an initial duration of three years and inaugurates a wide-ranging series of investments by Africell in African arts and culture.

The MNRDC is among Africa’s most impressive cultural institutions and an essential repository of Congolese arts and artefacts. Africell will provide technological and financial backing to MNRDC’s flagship venue in Kinshsasa and will support over a dozen smaller museums in the MNRDC’s provincial network. By joining forces, Africell and MNRDC will boost engagement with Congolese heritage and equip central Africa with a world-class institution capable of celebrating its extraordinary civilizations.

The MNRDC in Kinshasa is one of Africa’s most beautiful buildings. It encompasses both modern and traditional styles, is built with sustainable local materials, and was designed to the highest environmental standards. The museum embodies the vitality of the Congolese spirit and expresses it to a global audience. Since opening in late 2019, the museum has won praise for its visionary aesthetic and a curatorial approach which illuminates exhibits in a modern and accessible way.

Africell will use its technical expertise as a telecommunications company to upgrade both front and back-end operations, with a focus on digital technology. The MNRDC boasts an internationally significant repository of tribal arts and artefacts.

A Museum with Critical Social Value

Africell is a leading pan-African mobile network operator and a popular brand in the DRC. Employing its expertise as a mobile technology company, Africell will help digitize aspects of the museum including visitor-facing exhibits and back-end systems. Africell will provide a significant package of financial sponsorship and donate access to media platforms with which the MNRDC can communicate its message across DRC and beyond.

Speaking at a ceremony to inaugurate the partnership, Professor Paul Bakua-Lufu Badibanga, Director of the MNRDC said: “A population without culture is a population without a soul. The MNRDC has a vital purpose in Congolese society. As a country proud of our cultural inheritance and aware of the role culture plays in strengthening civic bonds, it is essential that we have institutions to defend and champion our heritage. Receiving Africell’s support is a big opportunity for MNRDC and a big step forward for the future of Congolese creative expression”.

Also present at the ceremony were Ziad Dalloul, Africell Group’s chairman and CEO, and Ambassador J. Peter Pham, non-executive director of Africell Group. Ambassador Pham is former US Special Envoy to the Great Lakes and Sahel regions of Africa and a sitting board member of the Smithsonian National Museum of African Art in Washington, D.C.

Ambassador J. Peter Pham said: “The long-term prosperity of Africa depends on its people. The MNRDC is a brilliant example of what can be achieved when the cultural and intellectual achievements of Africans have the platform they deserve. Africell’s partnership with MNRDC is an important investment because, like our customers, we have an interest in the existence of a vibrant and sustainable cultural life in Africa. By lending our specialized support, we can help MNRDC fulfil its purpose of collecting, preserving, interpreting and displaying works of special significance in the Congo and beyond”.

The First in a Series of Major Cultural Investments

Since 2001, Africell has been an active champion of the creative sector in Africa, dedicating substantial resources to music, filmmaking, contemporary visual arts and more. The partnership agreed with MNRDC marks a scaling up of the company’s approach. As part of a coordinated new investment strategy, Africell will increase its technological and financial commitment to projects that have the potential to transform the artistic and cultural landscape of their respective countries. Examples of planned investments include:

§ Africell is commissioning a multi-million-dollar new arts and cultural center in Freetown, Sierra Leone (due for completion by end of 2023)

§ Africell is refurbishing the site and digitizing the archives of the Gambia National Museum in Banjul, Gambia (due for completion by late-2022)

§ Africell’s will invest in selected projects in Angola, a cultural dynamo of sub-Saharan Africa and a country in which Africell plans to launch mobile network services in 2021/22.

Explaining Africell’s scaled up investment strategy, group chairman and CEO Ziad Dalloul said: “We see no distinction between the cultural vitality and technological development of our operating markets. The success of the telecommunications sector boosts culture and that the same holds true in reverse: the success of culture boosts telecommunications.

“Africell is Group is launching this series of partnerships and projects not only because we believe that everyone wins in the long-term when art, culture and heritage are given a secure platform. DRC, Sierra Leone, Gambia and Angola have astonishing stories to tell and Africell is proud to be putting these countries’ voices at the heart of our business strategy”.

The MNRDC is home to a sweeping collection of contemporary and traditional arts representing the diverse strands of Congolese and central African culture. 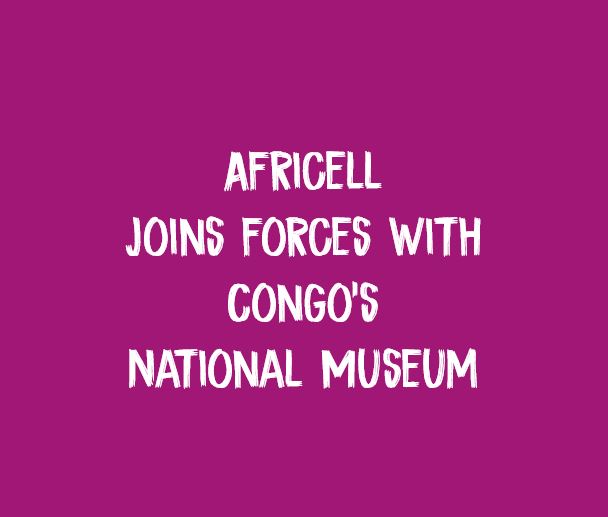