Mariama Colley, a Gambian activist, actress and AfriRadio presenter, has been named as among the most influential women in media in Africa, thanks to her work for Afriradio and her ground-breaking performances in a selection of award-winning Gambian films.

‘Ladies in Media in Ghana’ highlighted Mariama Colley in the latest cohort of women it celebrates annually for breaking barriers in the African media world. In an industry that remains dominated by men and which has traditionally offered limited opportunities to women, having this level of impact as a female is not easy.

“The recognition I have received reflects a positive underlying shift”, says Mariama, in an exclusive interview for Africell. “Women wishing to work in media in Africa have typically been restricted to certain roles, such as presenting shows or reading news. Organisations like to have women as their public face, because they think it gives them a wider appeal. But when it comes down to it, we are often held back from a wider range of jobs and responsibilities including editing, directly, and overseeing the technology that goes into production”.

Mariama explains why this is changing. She entered the industry aged 12, when she helped set up a radio platform in the small town in Gambia which she grew up. Since then, she has worked hard to earn a succession of breakthrough opportunities – and at each stage, she has tried to expand the scope of what she has been able to do as a woman.

“I value independence and believe that until women are trusted to fulfil all roles on a media or film set, real equality of opportunity will not have been achieved. It makes me so happy and proud and when I see women leading a full production – including theming, editing and producing on our own. We are seeing this more often now, and it means that people like me can do better work and exert greater influence”.

Mariama defines herself as an activist. In fact, this designation is as important – if not more so – than her day job as a radio presenter and actress.

“I’ve been in this fight since I was a teenager”, she says. “Growing up as a young girl in a relatively poor community, I was exposed to the forces and practices that continue to hold many women in Gambia back. The public platforms I now have access to, such as film and radio, are powerful tools for spreading information. On top of that, I see my public profile as conferring a responsibility to do so. Issues such as FGM, sexual violence, sexual harassment, and inequality of opportunity faced by women will only be resolved if they are brought into the open, and so I treat my professional broadcasting work as inseparable from my responsibility to raise awareness of these issues”.

Mariama has worked with Africell for six years, presenting several popular radio and TV shows. These include ‘Let’s Talk’ and ‘Be A Star’, shows quite different in their content (a serious radio mentorship programme versus a glamorous talent show) but united in their innovative formats and mass appeal.

Mariama appreciates that Africell seeks to empower young people, offering its resources to Gambian youth so that they can develop their voices and contribute to wider social and cultural conversations.

“When I first proposed the concept for ‘Let’s Talk’, Africell’s immediate response was “Let’s do it!”. They are always willing to consider crazy initiatives, which is great, because it is the less conventional content which, over time, young people are gravitating towards. There are lots of passionate young people within Africell, who I feel a commonality of spirit with, and it is partly thanks to the opportunities I have had through Afriradio that I’ve been recognized as a media professional of regional significance”.

Mariama is optimistic about the future of media in Gambia. Although it is the smallest country in continental Africa, Gambia has a distinctive culture and a well-educated international diaspora, meaning that the country has the potential to pack a relatively big punch on the global stage.

“I have acted in films (such as ‘Hand of Fate’) which have earned international plaudits and provided a showcase for Gambian talent both in front of and behind the camera. We still have some way to go, and it is of course a highly competitive market, but as the sector in Gambia becomes more professional, I expect it to accomplish more and more in the future”.

Mariama is a successful example of a Gambian woman working in media. But she is quick to point out that she is one of many. Across Gambia, many more girls and women are looking to the media as a plausible career choice; a path that, rather than being closed off to them, as it might have been before, is looking increasingly welcoming. Mariama has simple advice:

“First, don’t be scared. If you are confident in yourself, what may seem like obstacles will transform as if by miracle into opportunities. Second, love what you do. Don’t enter the public eye just because you want to be a celebrity. Do it because you are passionate about performing and because you want to use your profile as a driver of change.

"Finally", she says, "you must learn. Learn, learn, learn. The Mariama Colley of today would be barely recognizable to the 12-year-old girl who started out acting and putting on radio shows in primary school. That’s because I have learned every step of the way and grown as a result. If you remember these things, then you’ll go a long way. Trust me!” 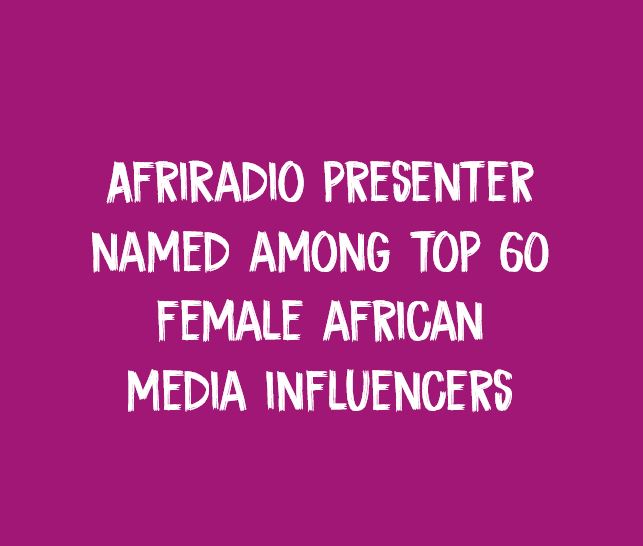