Africell has been named by The Krach Institute for Tech Diplomacy at Purdue as inaugural corporate winner of the Tech Freedom Award. The award is presented to a company that exemplifies the Institute’s mission of advancing freedom through trusted technology.

Africell wins the award in recognition of its policy to prioritise secure network equipment in its African telecommunications operations. In Angola, for example, where Africell launched services in May 2022 and has since earned more than five million customers, Africell’s network employs secure Nokia technology, a fact that has improved network performance and increased the resilience of Angola’s telecoms sector.

“Africell is taking the lead in prioritizing equipment from organisations and countries which respect individual rights and the rule of law,” says the Hon. Bonnie Glick, Director of the The Krach Institute for Tech Diplomacy at Purdue. “Telecommunications is a highly strategic sector in Africell’s operating markets, and the presence of more trusted technology in these markets thanks to Africell’s policies makes them freer and more secure”.

Africell operates in Angola, Democratic Republic of Congo, Sierra Leone and Gambia. Mobile telecommunications is an essential catalyst for social and economic progress in Africa. The technology upon which African mobile networks are built - and the extent to which that technology can be trusted - shapes the long-term impact of digital development.

“Communities wishing to live freely need digital infrastructure which supports their aspirations”, Mr Dalloul says. “Network technology from transparent and accountable sources offers this. Africell’s transition to using exclusively Western technologies has started, but it will take at least a year and a half to complete. That is why we need to work fast, engaging the full support of all our institutional partners to seize this opportunity”.

The U.S. government’s new Africa strategy, launched in August 2022 by Secretary of State Anthony Blinken, notes that the continent will be home to one quarter of the world’s population by 2050 and hosts many of the resources that power our modern world. The strategy also observes that Africa’s long-term strategic orientation – which will have global implications – is still in the balance. Africell is the only US-owned mobile network operator in Africa and U.S. International Development Finance Corporation, or DFC, is Africell’s biggest external investor.

“Africell’s work to expand secure telecommunications technology is helping close the digital divide and advance development and economic growth in Africa,” said DFC CEO Scott Nathan. “DFC is proud to have invested in Africell, an innovative company that has become a social, economic, and development success story on the continent.”

The winner of the inaugural Tech Freedom Award in the individual category is the Honorable Daniel S. Goldin, an entrepreneur and technologist who was the longest-tenured administrator of NASA between 1992-2001, serving under three U.S. presidents.

ABOUT THE KRACH INSTITUTE FOR TECH DIPLOMACY AT PURDUE

The Krach Institute for Tech Diplomacy at Purdue is an independent, non-partisan 501(c)(3) founded in 2021 to advance freedom through trusted technologies and democratic principles. It brings engineering expertise to the intersection of technology and U.S. foreign policy and serves as a go-to resource on critical technology issues for the diplomatic community and policymakers, while partnering with industry, academia, and government. 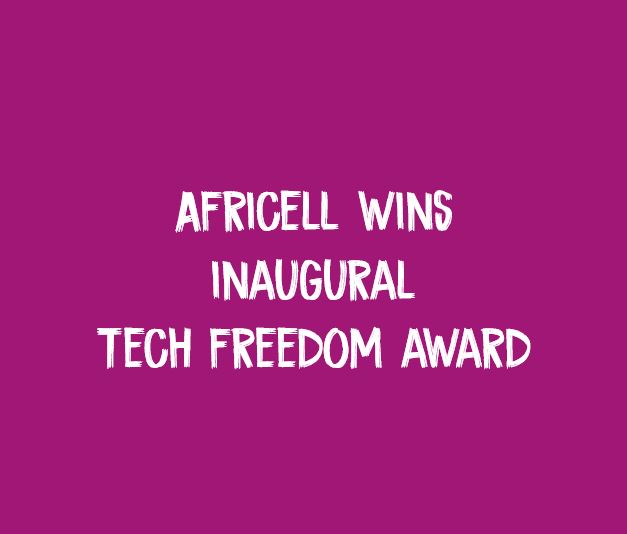